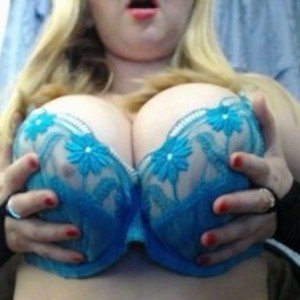 Trans women are basically gorgeous ladies gifted with male sex organs. With their beautiful faces, mouth-watering bods, and astounding skills, they are in great demand in the industry.

So, last night, I was just visiting my favorite tube site when I stumbled upon a jaw-dropping brunette shemale. And she goes by the screen name Nikki Jade Taylor.

Now, let’s get to know more about this trans chick!

Who is Nikki Jade Taylor?

If you also love the camming world, then you might want to check her out on Chaturbate where she hosts lusty live cam shows. Her username is “nikkijadetaylor”.

She also has her own website which is nikkijadetaylorxxx.com. In fact, she has relaunched it in collaboration with TransErotica Network.

Over the years, she has filmed a lot of sultry scenes for her official website. She has also shared some hardcore scenes with Nikki Vicious, Alura Jenson, Colby, Lindsey Love, Shiri Allwood, Viola Frost, and other fan-favorite stars.

After getting a huge following on Chaturbate and on her website, she decided to enter the adult industry officially in February 2016. That’s when she filmed her sultry solo scene for Grooby Girls which is a part of the Grooby Network. The film was titled “Nikki Jade Taylor Has A Smoking Hot Body”.

The scene was released via Grooby Girls and had a very interesting description. In the description, she was described as an Alabama beauty who got all the goodies. Also, it stated that she has 100% natural olive skin, a knockout bod, saucy hormonal orbs, and a tasty cute derrière. I’m pretty sure you might lose a lot of your time (and energy) watching Nikki perform.

Also, you can watch “Busty Bikini Babe Sucks Your Cock POV” and “Super Busty Beauty Takes The Cock in Both Holes”. These two were released via TSPOV.com in April and September 2018.

But wait… it even gets better! Along with the compelling web clips I’ve mentioned earlier, Nikki has also starred in Jim Powers’ Gender X movie titled “Transsexual Mashup” in 2017. This film was nominated at the 2019 AVN Awards for “Best Transsexual Movie”.

She said it was incredible working with Nikki. She also added that Nikki fucked her oh-so-good that her head was spinning for hours after.

Since this trans goddess is not the kind of shemale who rests on her laurels, she has appeared in several tantalizing scenes of Trans Angels in recent years. You might want to check out Trans Angels’ “Play My Keys” with Dante Colle in December 2018 and “Next Door Whore” with Will Havoc in November 2018.

Perhaps you want to see more of this luscious shemale. So, I decided to make a mini compilation featuring her big tits and fit bod. Enjoy!

Nikki Jade Taylor is one of those anal-loving babes to mesmerize you with her superb skills in satisfying both genders.